SHEER bras, ill-fitting sequined dresses, and too-short shorts that showed off Lady Gaga’s crotch … these are the celebrity style misses of the year.

Add to that exposed nipples (on more than one occasion), crotch-high splits, no knickers, no bras, and fishnets teamed with open-toed shoes and even the most stylish stars couldn’t manage a flawless fashion record in 2016. 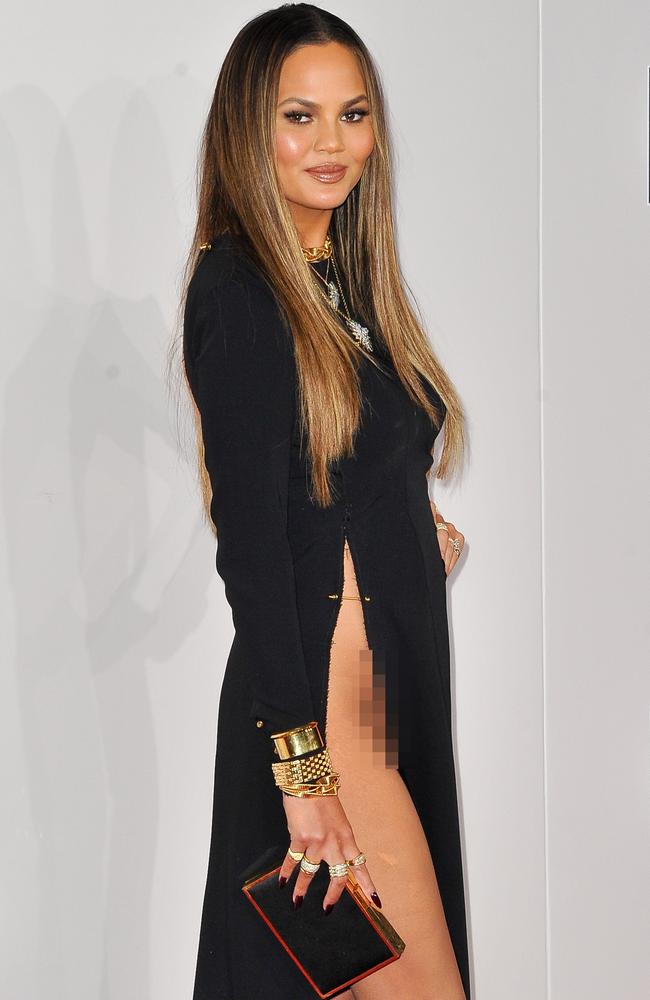 Kim Kardashian took more fashion risks than ever this year (prior to her post-robbery break from the spotlight).
There
was her double-denim ensemble teamed with a sheer bra (and exposed
nipples). Actually, she tried to make exposed nipples and/or no bra
happen as her signature look of 2016.
Before
she dropped off the radar post-Paris ordeal, Kim had a gothic moment
with a sheer lace dress and khaki army jacket, huge fur coats, and OTT
thigh-high plastic boots, designed by her husband Kanye West.

Kim Kardashian’s most shocking outfits of 2016 Sports Illustrated modelChrissy
Teigen revealed a bit too much of her, ahem, private parts at the
American Music Awards (she practically flashed her crotch as she posed
for photos), while supermodel Bella Hadid did the same at Cannes. Lady Gaga flashed the crowd (without realising it) in NYC. Picture: James Devaney/GC ImagesSource:Getty Images
Do these stars ever wear underwear? Note to all Hollywood stylists — make them wear knickers.
Lady
Gaga had the same crotch-related issue wearing metallic silver hotpants
out in New York, that were cut too high on the thigh.
And Victoria’s Secret model Kendall Jenner couldn’t keep herself covered up in that region, either. 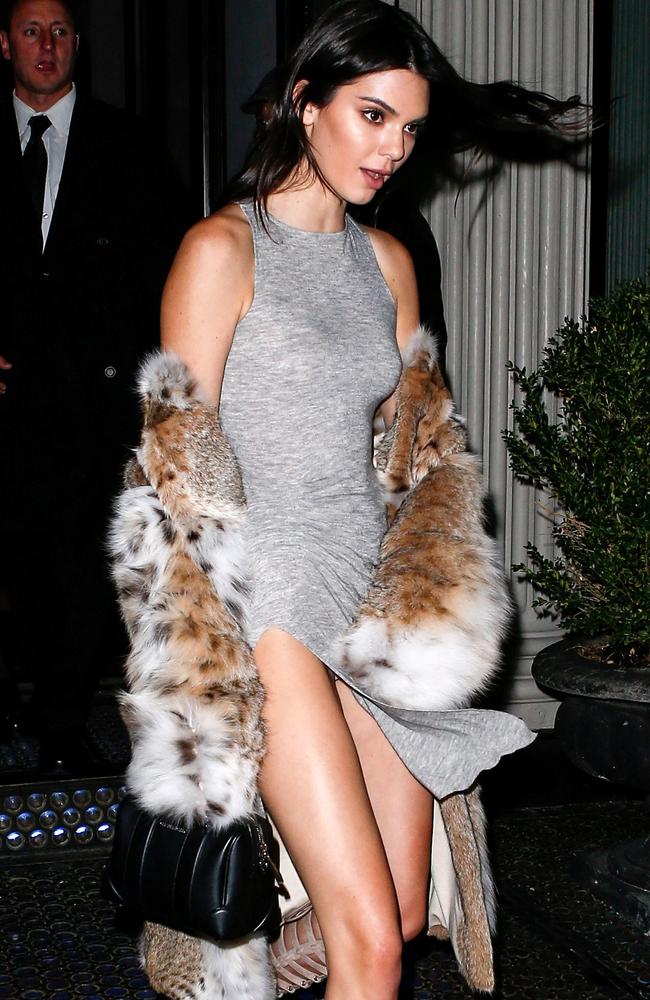 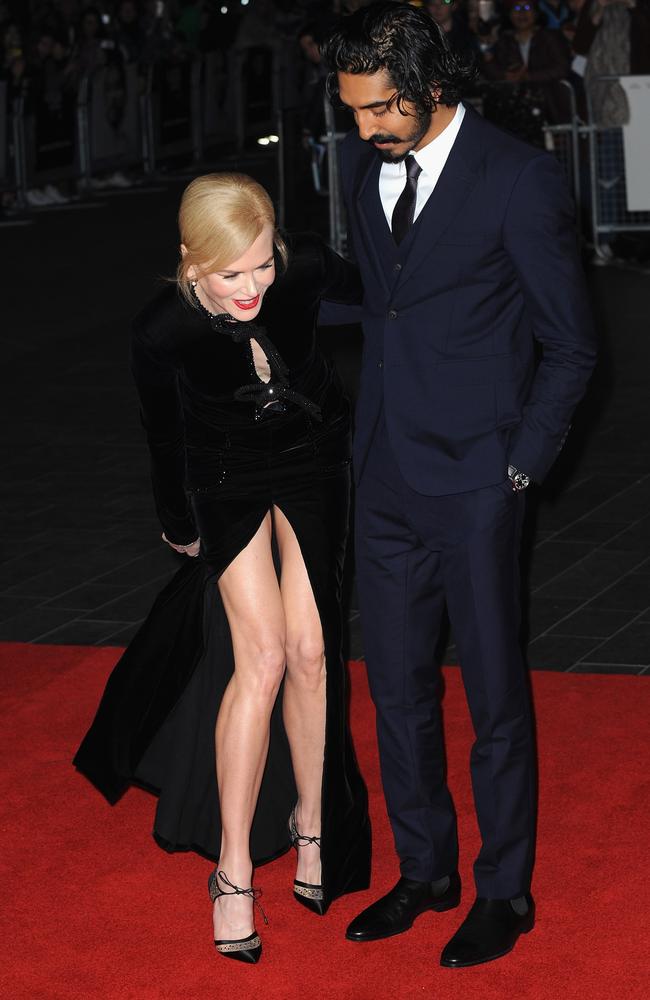 Nicole Kidman nearly showed too much skin at the premiere of Lion in London. Picture: SplashSource:Splash News Australia
Madonna
is theMaterial Girl but she doesn’t seem to wear much “material” EVER,
raising eyebrows in a corset covered with a mesh overlay that exposed
about a fifth of her nipple.
Gigi Hadid was an unintentional victim of a nipple-related faux pas on the Versace runway in Milan. Madonna, right, pictured with her daughter Lourdes, showed a bit too much skin (and nipple). Picture: SplashSource:Splash News Australia 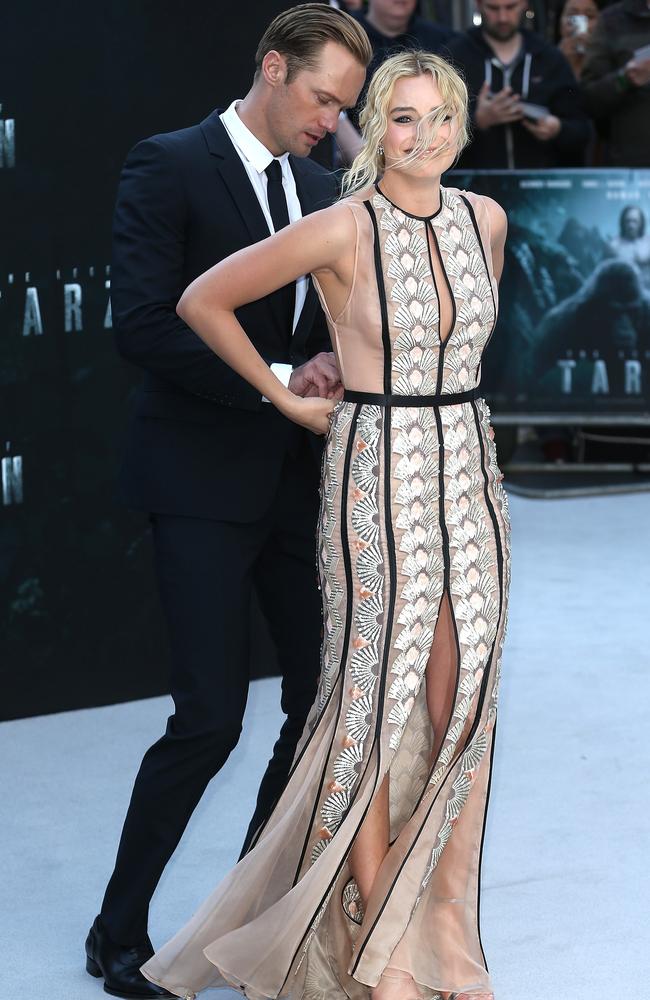 Alexander
Skarsgard helped Margot Robbie when her dress broke at the UK premiere
of The Legend of Tarzan. Picture: Fred Duval/FilmMagicSource:Getty Images
So what will 2017 have in store for these celebrities? We’re praying they at least wear a G-string … or nipple covers.