And then there’s the matter of rich according to whom?

It’s one thing to ask government experts or college
professors what it means to be rich in America, but what about the
people who can really best answer the question—the American people
themselves?

To that end, we recently asked Yahoo Finance users a
series of questions about personal wealth. Over 25,000 of you responded
(Thanks for that!).

We’ll cut to the chase: Those of you who call
yourselves rich have a median income of $425K and a net worth of $5
million. A little more than we would have thought (more on that below),
but reasonable. With those numbers you should have a couple of houses, a
few cars, your kids’ college paid for, and retirement sorted out as
well. Nice work if you can get it.

HOW MUCH INCOME DO YOU NEED TO BE RICH? 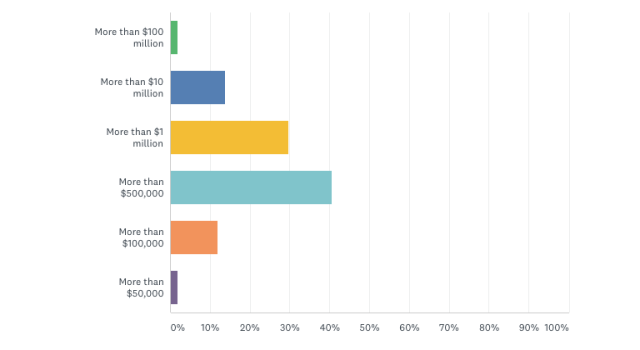 Some 40% of those surveyed believe people need annual income of more than $500,000 to be rich.

Let’s drill down into the numbers for maybe a
more interesting conclusion, that being that folks seem to have a much
lower bar for what it means to be personally wealthy than they do in the
abstract. Let me explain. Of the 25,502 people who took our
survey—rich, poor and thousands in between—the median required to be
rich tallied $10 million. Yet when we asked if you yourself were rich,
those who answered ‘yes’ reported having that aforementioned net worth
of $5 million. And similarly with net income, over 85% of you said that
you needed an income of more than $500K to be rich—and over 40% said you
needed more than a $1 million a year—but when asked if you considered yourself rich in terms of income, that group had that median income of $425K.

Think about it. The disparity suggests that
when you have less wealth and a lower income, you think you need much
more to be rich than it actually takes to feel rich. We would submit
that that’s a real positive. You think you need $10 million to be rich,
but you really only need $5 million.

Big deal, you might be saying. I’m never
going to have $10 million or $5 million. But what if that disparity were
true all the way up the line. You might think you need $800K in the
bank to feel more financially secure, when maybe $500K will make you
feel pretty good.

On the other hand, there may be some
discouraging news in the survey. For instance, it’s apparently the case
that those with a net worth of $2 million don’t consider themselves to
be rich (again you need $5 mil.) Also those who describe themselves as
middle class — 50% of our respondents — have a net worth of $700K and
$125K of income. Those numbers are higher than what’s generally
considered middle class. For instance the Pew Research Center classified middle class
as those having a net worth of $98K and an income of $73K (for a family
of three) according to data from 2013 and 2014 respectively.

HOW MUCH IN NET ASSETS DO YOU NEED TO BE RICH? 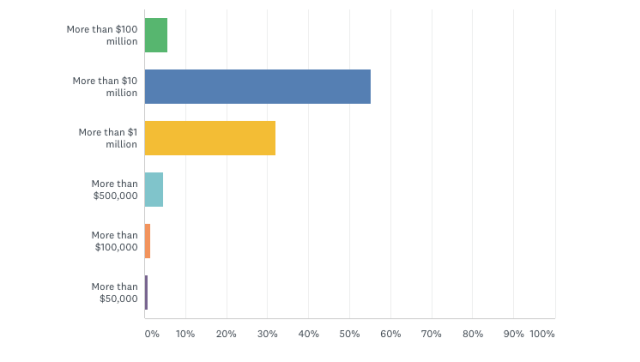 Over half of you say you need more than $10 million in net assets to be rich.

Yes, the Yahoo Finance audience is more
affluent than the average cross-section of America. On the other hand,
if our survey numbers are how folks are self-identifying, that’s not
something to be ignored.

Certainly where folks live has an impact on
how rich they feel because of course a $100,000 income goes much further
in Manhattan, Kansas, than it does in Manhattan, New York. But it’s
important to note that our responses tend to track the most populous
states. Our top five responding states were California, Texas, New York,
Florida and Illinois, the same order as the U.S. Census, except that
Florida recently outranked New York in population.

As for the benefits of being rich, they would
seem to be mostly psychological at least according to our respondents.
When we asked people what the biggest perk of being rich is, the number
one response was “financial security,” at 32.1%. Number two was “freedom
in general,” at 29.7%. Next was “peace of mind,” at 9.8%.
Interestingly, “more able to help others,” “taking care of family” and
attracting members of the opposite sex all tracked much lower.

Bottom line: It may seem like becoming rich
is something completely unattainable. But that threshold—or at least
feeling more and more secure—might be closer than you think.